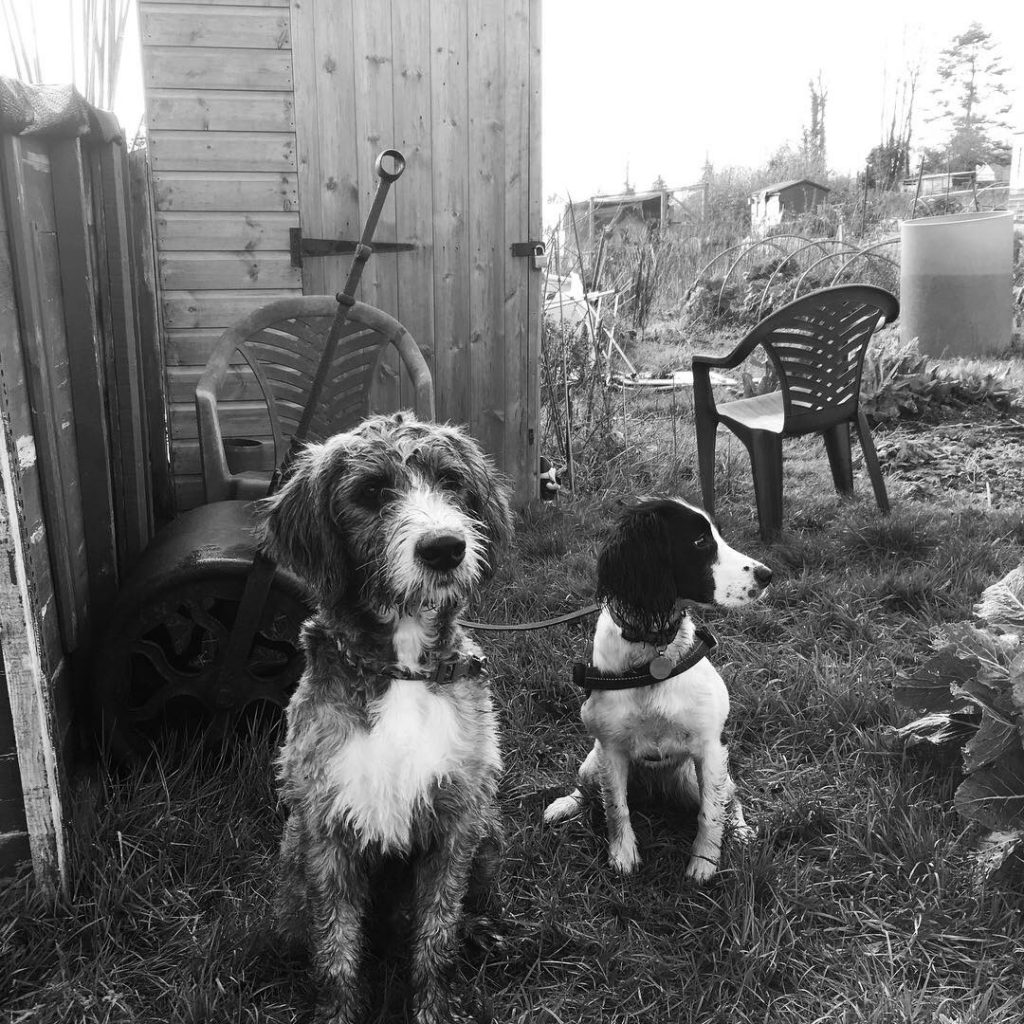 I’ve been looking after this handsome boy recently [left], which has involved going on some lovely long walks in our park and getting to know lots of other dog walkers whilst he rampages around like a lunatic. We got into a nice routine of this when he came to stay with us two weeks ago and I think he’s already made quite a name for himself even though he doesn’t actually live around here.

So after an hour and a half of him tearing around after his new best-friend Willow-the-springer-spaniel, my neighbour and I managed to drag them both away from the park and down to our local allotments.

I’ve had my name down on the waiting list for an allotment for about a year – which is not uncommon – but I’d just heard that I’m now at the top of the list and as soon as there are some vacant plots I’ll be notified. With that in mind, I’d come to have a little tour of the site where my neighbour also has her plot, just to get a general feel of the place.

There are 200 plots here in total, making it one of the largest allotment sites in Bristol, with some on quite a steep gradient and others on level ground at the bottom of the hill. Having had an allotment that was on a steep slope before, I know how much harder that makes things, so I’m really hoping for a nice flat one this time! Either way, it’ll be lovely to have my own little patch of earth to grow things on again, and when I get one, muddy dogs will be welcome.

This site uses Akismet to reduce spam. Learn how your comment data is processed.

COVID-19 UPDATE: l am still sending out new orders however some items will take longer than usual to process
+